Autumn Shaw and Amber Tramontana, twin sisters from Knoxville, Tennessee, have done everything together since birth.

Not only do they have a striking resemblance in appearance, but they also followed very similar life paths. Both pursued careers as nurses, married practically simultaneously, and gave birth to kids two and a half months apart who are now two years old and shared the same height and weight at birth. 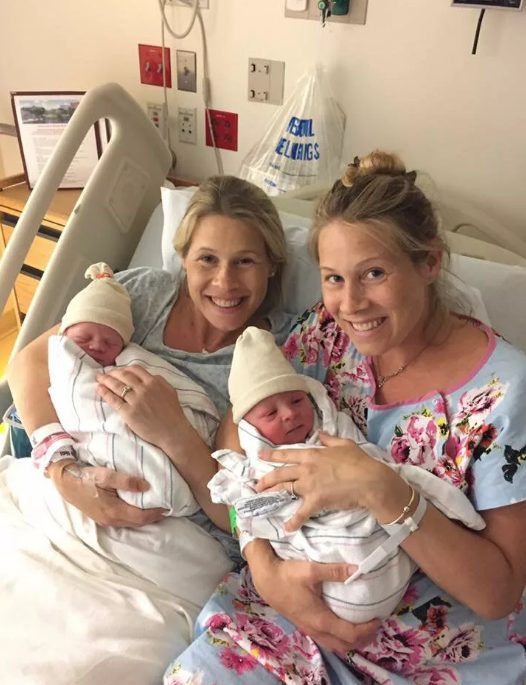 The girls were born not merely on the same day, but also on their moms’ birthdays, which raised the stakes for Autumn and Amber’s shared identity.

Amber claims that she and Autumn just could not believe it when they learned that they were both having daughters and that their due dates, October 29 and October 29, fell on the same day as their birthdays. 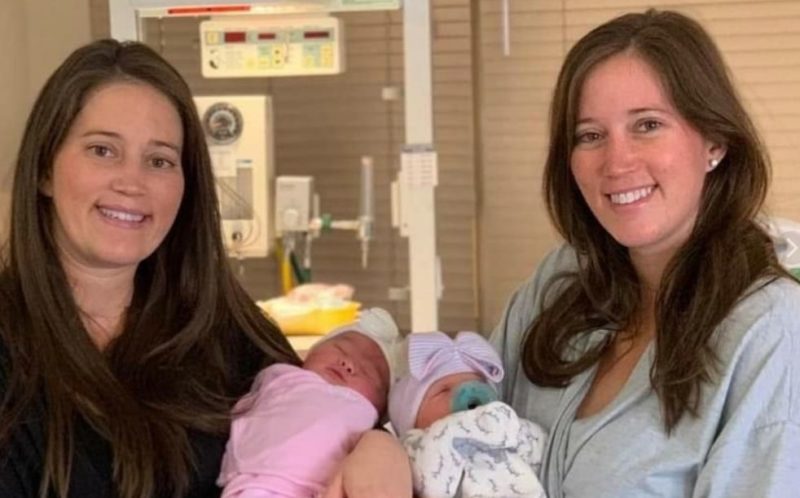 Naturally, we preferred that our kids be close in age. However, we had absolutely no intention of having them arrive on the same day, according to Amber.

Nevertheless, the sisters got together to celebrate their 33rd birthdays, albeit not in the same room, but rather in the nearby maternity units. They gave birth to daughters on October 29 at intervals of one and a half hours, separated only by a wall. 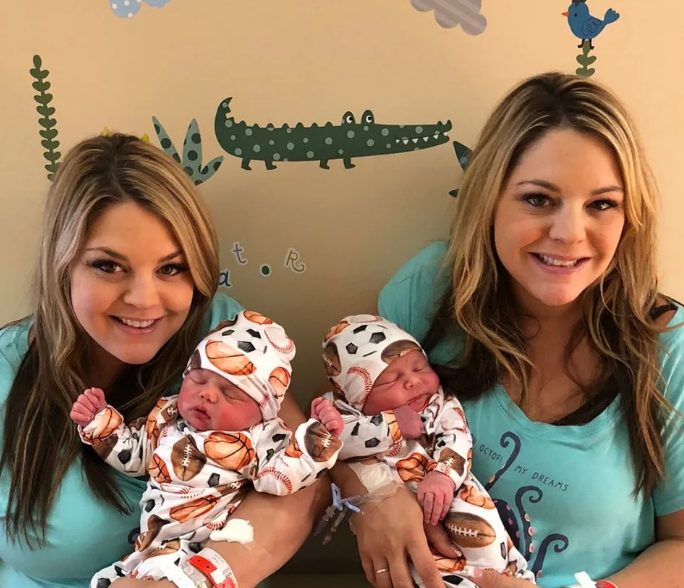 Amber named Blakely, while Autumn gave her daughter the name Charleston. Dr. George Wick, who shared a birth with both sisters, claims that this is the first instance of its kind in his 45 years of practice.